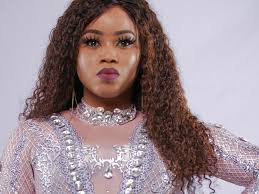 Sho! This was hard to watch! Kovu Series is one of those very slow-paced East African Series that you watch 'chini ya mnazi' - hamna haraka! By episode 3, nothing exciting has happened and the stage is still being set; for what? we do not know! If you have a long weekend ahead and no plans or just need to kill time bila stress, this is it. Nililala... nikaamka....nikarewind.... nikaendelea and realized I had missed nothing.


After the grandiose entrance introducing the main characters in Episode 1 nothing happens. However, this entrance is what piqued my interest and makes me keep watching because there is so much that can happen with this wide range of characters. Currently, I am on Season 1; Episode 3. I am still hoping drama but boy, the stage is still being set.

Kovu is available on Showmax

So far the story seems nice but it does not inspire me to want to watch the next episode. Episodes end with nothing to excite or look forward to. The scriptwriters did set a good stage with the range of characters that could make the story go whichever way they want but do a poor job of breaking up the episodes. The variety of Swahili vocabulary is beautiful for most average Swahili speakers making the story easy to follow and interesting enough for one to watch it for the beauty of the language.

This casting director did a good job choosing characters that look real in their roles. However whether or not they can act is a totally different story.

I felt Kenneth Ambani who takes the role of Jaffar the lead character, Musa Kugotwah who acts as his drag addict son, Teresia Shikolio who is Rosa his housekeeper, Patrick Owino, the mysterious guy with a sick sister, and his servant Kai acted by Salim Nyoka deliver their roles quite well. My favorites are Kenneth and Rosa

Sharlet Akinyi carries her role pretty well and is quite likable from the onset. She more than delivers her lines and brings in the little gestures that make a character come alive and believable without overacting. The gardener at Jaffa's house is ok.

Saada Fateh, Fosi Khamisi, and kitchen staff could be better. They have great roles but are their acting is just not natural. When toned down occasionally they become plausible but most of the time the tone, volume, and actions just do not come together.

Mwanatumu Khamisi is a little confusing for me, in her role as Lona, Carlos' sick sister. I have no experience with mental health cases so I cannot tell whether she is overacting or this is expected behavior with someone in the condition she is acting.

The midget housekeeping staff are quite likable, have interesting lines however, occasionally, their lines are longer than the scene and they stand there awkwardly making one feel like sliding the screen. An example is when they are in the garden after painting Ruby's face. One midget goes on talking for some seconds too long making what was meant to be funny just awkward.

In normal East African fashion the movie has so many scenes that do not really contribute to advancing the story e.g. in Episode 1 I don't think it is necessary that we are shown the son looking around the property when we already have had a birds-eye view and know he is an addict. This makes all that is shown and seen in almost half a minute of this scene irrelevant. Another instance is where in the first scene there was too much time wasted showing each person getting into their vehicle whilst the main message was to show that one of the children is not treated right. I actually missed seeing the vehicle was smaller simply because the camera focus missed to emphasize this. I think the three episodes could have been crammed into one or at most two episodes, to create more titillating episodes.


I like the theme music ...  it has a torturous heart-rendering tone and made me expect that the journey ahead for this family will be strenuous,  disastrous, and gutting.  Given what I have seen so far I believe this is what is to be expected ahead.

Themes covered so far are family, secrecy, and mental health.  I think the themes are broad and the aspect of mental health unique making the series worth watching.

I believe the series is well worth watching and that as the days go by the plot will get tighter and more interesting. This is not only because of the team behind the product but also because of the wide range of angles that this plot could take, and the possibility that as the actors continue to work together there will be better chemistry amongst the actors.

I haven't watched enough of this series to give a fair score. When I get to Episode 10 I will do another review. I am expecting so much out of this I hope I will not be disappointed.  For Episode 1-3  my score is 4/10