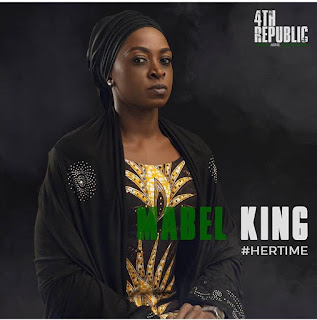 Intriguing political drama with the story of almost every African country election period. While the story seems over-familiar to many of us in the continent, the characters give this plot a unique flair that makes it worth watching.

Granted, they do not carry the aura of political giants but they do bring fresh honest, and innocent determination to a topic that is often riled by faces of old male chauvinist in very patriarchal societies. Someone definitely took the time to look at this topic with fresh eyes when coming up with the script.

I haven't watched Kate Henshaw on the screen in a while so while there was no unique message in this production. It is lovely to watch and just appreciate what new Nolly and old Nollywood can bring together and that women need to make more effort at taking political positions.

The movie is centered around a female gubernatorial candidate who loses an election. The election is marred by violence as a result of rigging and the candidate who stands for doing things right and differently will not follow in the male candidates' ways immoral and unjust ways. Not for her own benefit and neither for the benefit of those around her - or so it seems.

A drunken moment, a moment of victory, and the truth is laid bare for those close to her.

The script is really average despite the writer trying to bring a fresh perspective to an old story. Instead of giving it extra punch it kind of watered it down to accommodate the characters being innocent newbies in the political space.

The cast did a good job considering the script had nothing really special about it. My favorite scene was where Mabel King tells off several of her party members for bribing a judge and their immediate reaction after. This scene felt so real and brings out Kate’s talent as an actress and also that of the gentle man who says ‘women’ I think many of us can relate to being in similar situations.

I hope to see Saratu Ibrahim in future productions – she carried her role pretty well. Other actors I feel did a good job on this are Yakubu Mohamed and Jide Attah. Enyinna carried his own as usual however I have seen much better acting from both Linda Ejiofor and him. The script didn’t give their characters much to work with though they more than nailed their roles.

The Cast of 4th Republic

Much more could have been done with the cinematography, camera angles, and even lighting. The music did not work as it could have. I think the technical team an average job in this production. The production design was OK

The post-production and directing could have been better. The production is just average but I would watch simply because it is not a stressful movie.

I give the movie a 6/10 Mainly because the actors and especially Kate did their work.