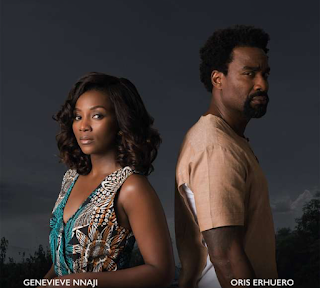 Think this is one of those movies that can be classical. Created in the lines of 'A beautiful mind' it's almost impossible to tell at what point the mind is transformed till at the end of the movie when everything is brought together.

I periodically find myself watching this and if you like dramas that are not too emotional yet keep you hooked then this is it.


You don't know what to expect you think something is horrid but you just are not sure. Nothing is obvious yet the twists and turns magnanimous till the end. A great family movie, catch it on Netflix

Watch the Trailer of Road to Yesterday

A single action in the past comes haunting a couple years later. The lack of communication that was never addressed early in their relationships gives a devastating blow to their almost perfect marriage and everything snowballs to even more hurt and pain. On a road trip, they get tired of getting into each other's hair and communicate, find forgiveness, and are about ready to move forward but is it too late? Forward together or apart, is this it?


The storyline is simple but the twist is awesome especially when you watch it for the very first time and still intriguing during repeat watches. It personally blew my mind. Sadly leaves one with a sense of loss. Truly wishing things had worked out differently but as it were, the message is clear: things aren't always as they seem

The lead actors Oris Erhuero as Izu and Genevieve Nnaji (Victoria) take you on quite a journey. I think this is one of Genevieve's best work as an actress. It's easy to empathize with both and one really feels their frustration and when eventually they makeup, it is quite a relief. Finding out that t was all an illusion gets to you as much as it gets to Victoria.

I love the use of different actors for totally different roles. The camera lighting is great and I think the crew did an awesome job though there is nothing really outstanding.

The director brings everything together beautifully. It is a beautiful story and has been executed almost perfectly.