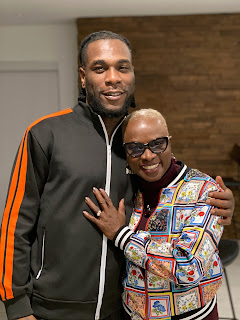 From a time when the rest of the world thought all African music sounded like the opening score in Disney’s “Lion King”, to an era where contemporary African Music has made its way into the global mainstream, watching our sound and culture break barriers to take their place on the world stage has been satisfying to say the least. Whether it be the bubbly Afrobeats of the west, or the vibey Amapiano of the south, African music is evolving and we couldn't be prouder to share our eclectic sound with the wider world.

The proliferation of African music across the globe is largely owed to the new wave of talent that took the continent by storm in the last decade. This upsurge of talent eradicated the period where Africans felt the need to play copycat in order to be accepted on the foreign scene. Now, these artists unapologetically carry their heritage and unique sound wherever they go around the world, further spreading the tentacles of Afro music. With feats such as sold out overseas concerts, international relevance seems inevitable; the O2 Arena in London recently witnessed Nigerian singer Wizkid’s show selling out in 12 minutes. Additionally, song collaborations with internationally known superstars have played their part in contributing to African music’s growing fanbase, a good example of this would be Major Lazer’s 2018 album, “Major Lazer Essentials''. The album features African artists like Mr. Eazi, Burna Boy and Kizz Daniel, introducing the afrobeats genre to many of their fans.

Global recognition came knocking in 2020 when a number of African acts were nominees at the 2020 Grammys for their features on Beyonce’s “The Lion King: The Gift” album; 2020 was indeed a great year for African Music. Even more exciting were the nominations of Benin’s Angelique Kidjo and Nigeria’s Burna Boy for the 2020 Grammy Awards in the Best World Music category for their albums “Celia’’ and “African Giant” respectively. Although Angelique Kidjo’s Celia album beat Burna Boy’s African Giant to claim the award, Burna Boy was back the following year to win the Best Global Music Album award at the 2021 Grammys for his album “Twice as Tall”. These two music giants will be our focus on this article. 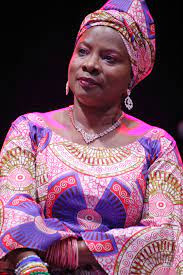 Full name Angélique Kpasseloko Hinto Hounsinou Kandjo Manta Zogbin Kidjo, she is a four-time grammy award winning singer and songwriter from the Republic of Benin. Born on 14th July 1960 in the Benin city of Quidah, she grew up listening to traditional Benin music as she travelled and performed with her mother’s theatre troupe, making her appreciate traditional songs and dances. She has also listed Miriam Makeba, Osibisa, Stevie Wonder, Hugh Masekela among others, as her biggest influences in music.

Her rich sound incorporates borrowed influences from Europe and Latin America into her west African heritage. This genre-bending style has earned her spots on several international orchestras and symphonies around the world such as the Orchestre Philharmonique Du Luxembourg in Paris and the Royal Scottish National Orchestra.

The songstress is also an activist and humanitarian who lends the strength of her fame and her role as a goodwill ambassador for UNICEF and OXFAM to advocate for the rights of minors. She is also the founder of Batonga, a foundation that advocates gender equality and helps adolescent girls “transform their potential into the power to lead healthy, independent, safe, and fulfilling lives”. In addition to this, she was designated the spokesperson for the AFAWA Initiative by French president Emmanuel Macron at the 2019 G7 summit.

Angelique was referred to as “Africa’s premiere diva” in 2007 by Time Magazine, a title she has lived up to in several trail blazing achievements. In 2015, she was honoured by the World Economic Forum in Davos, Switzerland, with the prestigious Crystal Award. In 2016, she received the Amnesty International Ambassador of Conscience Award and in 2018, The German Sustainability Award. Angelique was also invited to perform during the Tokyo 2020 Olympic Games Opening Ceremony on the 23rd of July, 2021. 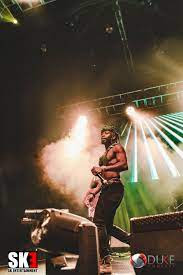 Damini Ebunoluwa Ogulu, professionally recognised as Burna Boy, is a Nigerian singer, songwriter and rapper. Born in Port-Harcourt, Nigeria on July 2nd 1991, he started creating his own music when he was 10 years old. Upon completion of his secondary education in Nigeria, he moved to the UK to continue his schooling. On returning to Nigeria in 2010, he dedicated ample time to developing a successful music career.

He rose to fame in the year 2012 after the release of his hit single “Like To Party”, the lead single from his introductory album, “L.I.F.E”. The body of work was entirely produced by Leriq, a Nigerian record producer, and it features performances from guest artists like M.I., Wizkid and Reminisce. The album performed fairly well on music charts as it was ranked 10th on the list of 12 Best Albums of 2013 by Nigeria Entertainment Today. Also in 2014, the album was nominated at the Nigerian Entertainment Awards for Best Album of The Year.

He later teamed up with producer Juls and in 2018, he released his third studio album, “Outside” which peaked at number 3 on the Billboard Reggae Albums chart after its release. The album was a significant milestone in his career as it marked the beginning of his rise to international recognition. The album features hit songs like Rock Your Body, Ye, Koni Baje and Sekkle Down featuring British rapper, J Hus.

In 2019, Burna Boy won the award for Best International act at the BET Awards and was announced by Apple Music as their Upnext Artist. Also in 2019, he dropped African Giant, his fourth studio album. The album was awarded Album of TheYear at the 2019 All Africa Music Awards and earned a nomination for Best World Music Album at the 62nd Grammy Awards. In 2021, his fifth album, Twice As Tall, earned him an award at the 63rd Grammy Awards for Best World Music Album. He began dating rapper Stefflon Don in 2018.