Chimamanda Ngozi's - Half of a Yellow Sun 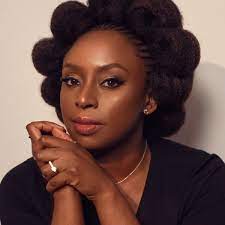 “There are two answers to the things they will teach you about our land: the real answer and the answer you give in school to pass...They will teach you that a white man called Mungo Park discovered River Niger. That is rubbish. Our people fished in the Niger long before Mungo Park’s grandfather was born. But in your exam, write that it was Mungo Park.”

- Odenigbo, Half of a Yellow Sun

Chimamanda Ngozi Adichie’s undeniable talent first came to light in 2004 with the release of her first novel titled “Purple Hibiscus”, a book about young Kambili’s childhood and the devastating effects of growing up with a bigoted patriarch. Adichie's storytelling prowess garnered her a respectable following as the book won her a Commonwealth writers' prize and was shortlisted for the Orange Prize. It was this impression of Adichie that cushioned the 2006 release of her second book, “Half of a Yellow Sun”.

With its title derived from the emblem of Biafra -- the secessionist state from eastern Nigeria that survived only three harsh years, Adichie’s second novel attempts to tell the truth of the three-year Nigerian civil war, the Biafran War. The telling is from the perspective of the Igbos, an ethnic group from eastern Nigeria who was most severely affected by the war. While telling its truth, the book also struggles to find balance in its narration of the events of the decade leading up to the end of the war in 1970. As she gave the inaugural Gabriel García Márquez lecture, Adichie herself commented on truth and storytelling saying “To start a story, a true story, thinking of balance is already to place an obstacle in the path of that story...Because what one must focus on is not balance, but the truth.” It is in an effort to maintain the synergy between truth and balance that Adichie refrains from narrating a victim-perpetrator story, but instead presents a nuanced account of the 1967-1970 war.

As a result of the presumably Igbo-led 1966 military coup, an anti-Igbo agenda broke out in the predominantly Muslim northern Nigeria leading to the massacre of Igbos domiciled in that area as well as the capital city of the country. Consequently, the Igbos sought to establish their own sovereign state called Biafra, led by Colonel Odumegwu Ojukwu. Unwilling to let the Igbos secede, the Nigerian government declared war on the Biafran state. It is against this background that Adichie’s story is set.

The book first introduces and develops its characters in a relatively peaceful post-independence Nigeria. Among these characters is Odenigbo, a radical mathematics lecturer who is full of revolutionary zeal; Ugwu, the lecturer’s thirteen-year-old houseboy; Olanna, Odenigbo’s London-educated lover who abandons her privileged life in Lagos for his charisma; Kainene, Olanna’s rebellious and enigmatic twin sister and Richard, a shy English expatriate and writer who falls in love with Kainene. We follow the lives of these multifaceted characters as we watch their normalcy become interrupted by the realities of war.

The reader is forced to confront these atrocious realities of war as the novel vividly portrays details about death and other crimes against humanity like the heart-wrenching plight of a refugee fleeing the north by train, carrying with her in a bowl her daughter’s severed head, still bearing its delicate braids. The book describes the unusual skin tone of the corpse as “a flat, sallow grey, like a poorly wiped blackboard”. The book throws you into a bleak world where hope seems out of reach just beyond the horizon.

In addition to strife caused by war, the author also manages to delicately weave other themes into her story. The novel explores the intricacies of love and betrayal, forgiveness and acceptance in the taut relationships between the sisters as well as their lovers. Resilience and hope take centre stage when we see fragile Olanna endure air raids and food-aid queues as she strives to keep her family together during the war. Also not left out of the narrative are the personal struggles of Kainene's boyfriend Richard. For the most part, he empathises with the Biafran cause, partly because of his love for Kainene and partly because he wants to break away from his colonizer identity. Furthermore, we follow Ugwu on his journey of self-discovery and redemption from a teenager from an impoverished village to a forcefully conscripted soldier, to a brilliant young man. And perhaps the most intriguing theme is the mystery surrounding Kainene. Her character is presented as a sphinxlike figure with an air of mystique around her. This obscurity culminates in the cliffhanger the author strategically includes about her in the concluding part of the novel.

Although the novel belongs to the historical fiction genre, Chimamanda Ngozi develops it from true narratives and an extensive study of the events that surrounded the Biafran War. Adichie gathered first-hand eyewitness accounts from her parents, close relatives, friends and compatriots who took part in the civil war. According to her, she studied books on the war and almost every single incident in the novel is based on reality. According to Rob Nixon, an English professor at the University of Wisconsin, “If at independence in 1960, Nigeria was a collection of fragments held in a fragile clasp, in 1967 that clasp snapped…”. By revealing the tensions among the indigenous peoples of once colonised Nigeria and their struggle with choosing between a fractious unity and a fraught secession, Adichie’s “Half of a Yellow Sun'' honours the memory of a war largely forgotten by history outside Nigeria. Even to this day, secessionist sentiments are borne by the IPOB (Independent People of Biafra) sect in Nigeria.

The Biafran war has influenced a number of literary reflections contributed by the likes of Christopher Okigbo, Chinua Achebe, Cyprian Ekwensi and Flora Nwapa. Adichie, who was born after the war in the year 1977, represents a new generation of talented young Nigerian writers revisiting the tragic history their people survived and she delivers that history in this masterpiece.