Us- horror with a side of reflection? 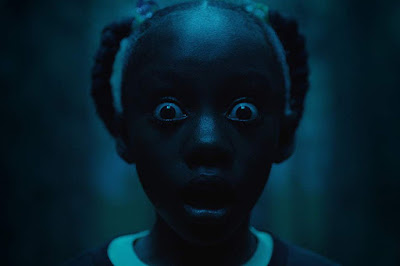 Are you interested in the idea of a doppelgänger? Oscar winner Jordan Peele gives you exactly that but in the most bone chilling manner.

Peele is the first African American to win an Academy Award for best original screenplay.  Belonging to a mixed background and Peele has been questioned numerous times if Us will be a scrutiny of racism in America like his movie Get out. However, on numerous occasions Peele has reminded the audience that Us is NOT about race rather it is about checking another box in representation, the idea about seeing a “horror movie about a black family” as said by Peele. He also clarified to the RollingStone that it is imperative that people tell “black stories without it being about race.”

In an interview with Alisa Chang Peele said that the idea of seeing himself on the street freaks him out as he knows that there can be only one of him.  This freaky idea has been well portrayed in the story through the lookalikes of the characters.

Us is about an African American family who in the midst of their vacation, are attacked by people who look the same as them. Adelaide (Lupita Nyong’o) along with her husband Gabe (Winston Duke) and her children Zora (Shahadi Wright Joseph) and Jason (Evan Alex) is seen to be living the American Dream (at least until the doppelgängers arrive). 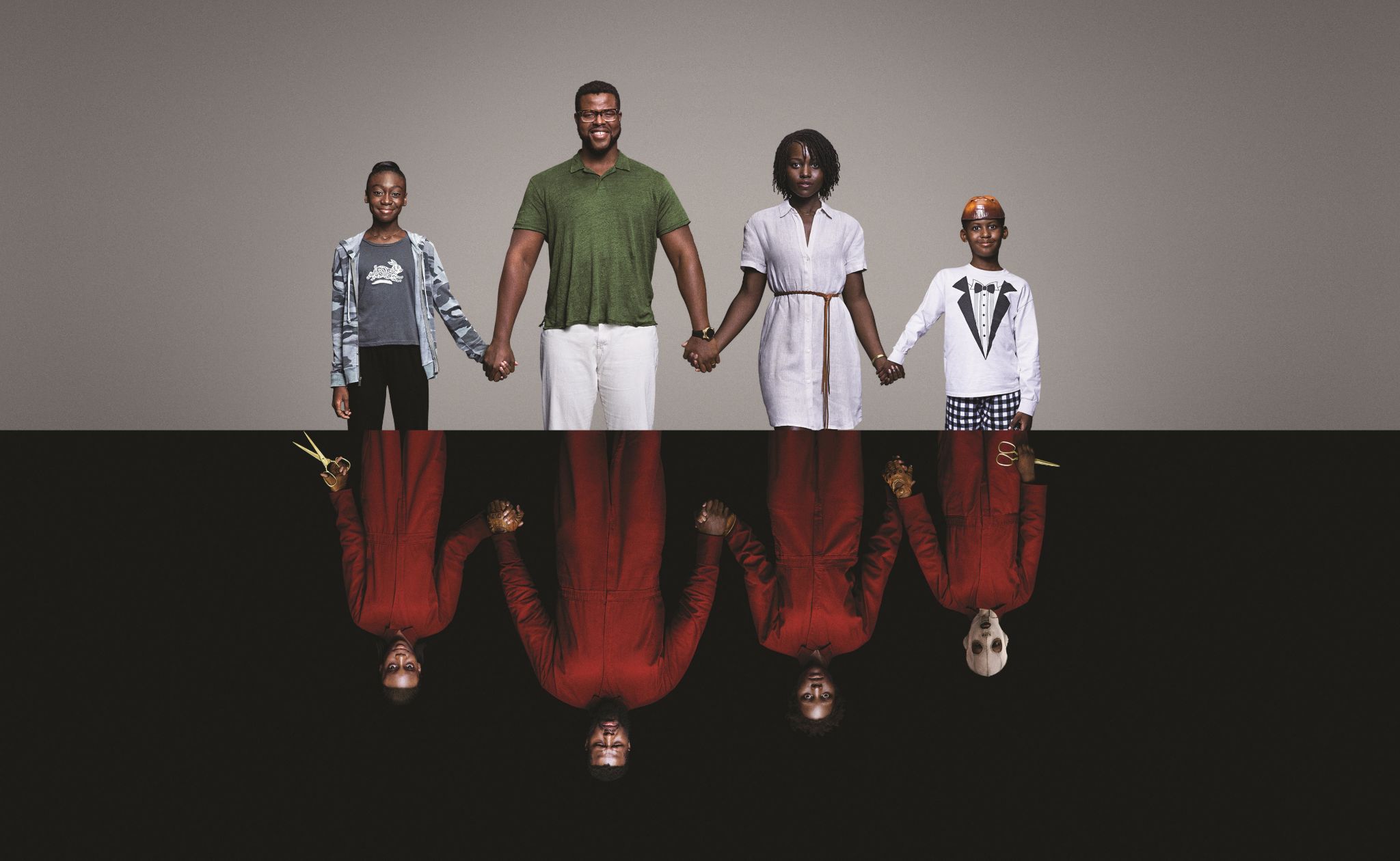 The Wilsons and the Tethers | Wallpapersden

The cast has done a marvellous job with adapting to their dual roles. It is almost as if it’s not the same person acting but someone else is! The lookalikes, AKA the Tethers, have an opposite personality trait. Red who is Adeline’s clone is very assertive and makes the decisions in her family which is in contrast to Adelaide who succumbs to her husband’s choices in the first half of the movie, Gabe’s tether Abraham listens and follows Red’s orders unlike Gabe. The most refreshing aspect of this movie is that the characters face problems that are not associated with the colour of their skins. Nyong’o has also commented on this aspect of the movie, “I don't live my life always considering the colour of my skin, so it was nice to have a family we could project our own understanding of a family on to, no matter what colour our skin is,” says the Academy Award winner. Nyong’o also said that for the voice she was inspired by spasmodic dysphonia which is when the vocal cords involuntary spasm due to trauma which creates an irregular flow of air (I’m impressed).

The thing I like about the characters in the movie is that they are written in such a way that they cannot be distinguished as good or bad. There were so many moments where I felt remorse for the Tethers, especially when Red elaborates on who they are and how they have been treated and forgotten. Which hints at a systematic oppression. 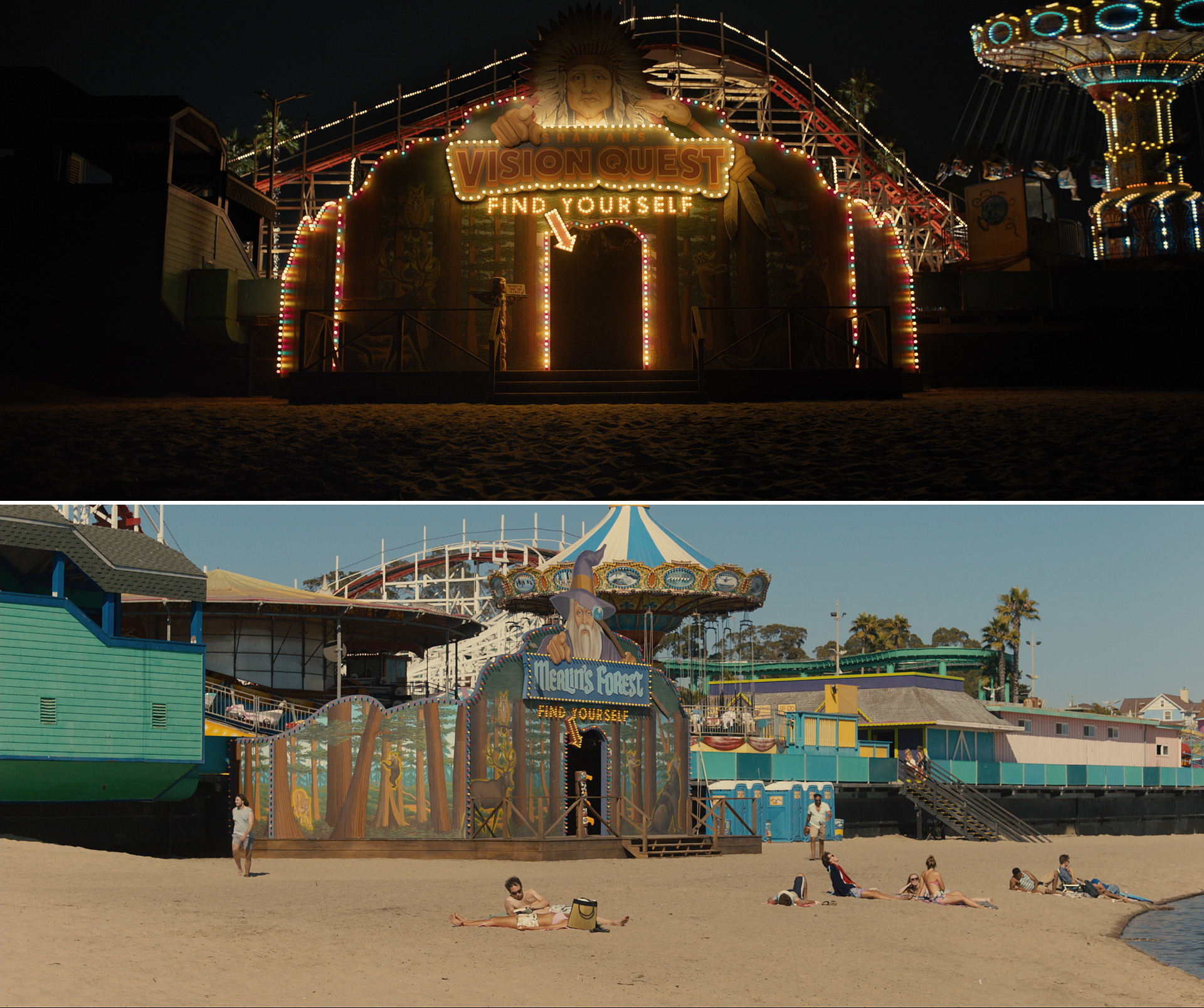 “We’re Americans” says Red when she is questioned about her identity which further strengthens the theme of systematic oppression. Right about that moment I could feel the chills settling in. The declaration serves as a reflection of the socioeconomic barrier between the people above ground and the Tethers and as they had been a project of the government it gets more chilling as the whole system is to blame. These Tethers who have been forgotten have been surviving on raw rabbit meat when their lookalikes enjoy their lives in the open. In addition to that a glimpse of America’s ugly past is also provided through the Hall of Mirrors (These things are creepy as it is!). When a young Adelaide entered the Hall of Mirrors in 1986 the name of the hall was Shaman's Vision Quest with which is a stereotypical illustration of a native American but when Adelaide goes to the same hall in 2019 the name has been changed to Merlin’s Enchanted Forest. This shows the atrocities of the past which have been buried under the rubble of development.

“You don’t get to make the decisions anymore!” shouts Adelaide at her husband Gabe. This was the moment I smelled a fresh view in the movie. The women in this movie are not two dimensional rather they participate actively. There is no line drawn between a woman who can stand up against bullshit and a woman who is comfortable with her family, unlike other movies directed by men who are shown to be two dimensions:  either family women who can’t stand up on their own and the “badass” women who are emotionally unavailable. Adelaide is seen to be battling her trauma and saving her family and Zora is a quick-witted child who joins the battle against the Tethers and saves her family on multiple occasions.

Lastly, the idea of Hands Across America which is introduced in the beginning of the movie and executed by the Tethers at the end was an actual charity event. You heard that right. It was a celebrity activism against poverty and hunger and Michael Jackson was also a part of the charity campaign which explains the Thriller shirt that Adelaide wears in the beginning. The campaign is said to have raised $34 million but only about $15 million was distributed (Honestly, I’m not surprised.) This idea of unity is demonstrated by the Tethers as they join hands to subvert the system. So are they actually bad? You tell me. Don’t miss the twist at the end!

I encourage everyone to watch the movie and see if there is an evident evil or as said by Peele maybe the evil is us. You will love it, I swear!

There were a lot of unanswered questions which irked me. Why were the Tethered not killed off if they were of no use? No one knew of their existence so it would be easier to wipe them out. These questions stop me from giving the movie a solid 10 so I shall give it an 8.5/10.

Peele has done a good job with the character and plot development and I hope to watch more of his works real soon.