Youth Unemployment And The Rise Of Entrepreneurship 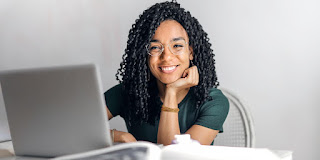 There is a reason for the popular saying “the youths
are the leaders of tomorrow”. Our youths represent the future and are a great asset to our nation. A country working towards a sustainable future invests in creating opportunities for its young to thrive, an economy that helps their dream, supports their creativity and supports the livelihoods of the youth.

Our youth population in Africa is expected to double to about 830 million by 2050. This boom in our youth population means that year after year, more young people will join the working population. However, in the absence of stable economies, fewer jobs are created leaving many unemployed. This measurement of a country’s ability to create employment is referred to as the Employment to Population Ratio (EPR). It is unfortunate that despite our healthy youth population, the majority of them are not exposed to supportive economies.

Unfortunately, youth unemployment isn’t the only problem we must worry about in making sure our young are catered to vocationally, underemployment is just as menacing to the subsistence of the African youth. Underemployment is defined as a condition where workers are employed part-time or at jobs that do not utilise their skills or qualifications. According to African Development Bank Group, half of our youths employed in low income countries are underemployed. This underutilisation of their potential poses severe repercussions for us; the more obvious ones being unfavourable living conditions, high crime rates and increased migration overseas which is perhaps the most dire of the consequences.

This uncertainty of job prospects is behind the exodus of many African youths in search of greener pastures beyond her shores. Youth Unemployment not only compromises our standard of living within the continent, it robs us of talent and potential contributions from our youths who flee abroad. A report by HealthWatch Nigeria indicates that “the trend of doctors emigrating out of the country appears to be witnessing a new height” the survey further describes it  as “a ticking time bomb”. Now and then, we hear reports of African immigrants accomplishing impressive feats abroad and we celebrate them for giving Africa a good name in the diaspora. However, our glee is cut short when we realise that their monumental achievements are credited to foreign countries, not Africa. This was the case in 2016 when dr. Oluyinka Olutoye, a Nigerian born fetal and pediatric surgeon performed a surgical procedure on a baby-in-utero in Texas, USA. Additionally, in the world of sports, particularly football, many African players leave their countries to play for foreign clubs. These foreign countries provide better training for the development of their skills and better payment for their prowess. If we had the right economic systems, these trailblazing kinsmen would use their abilities to develop our continent instead.

While many African youths see emmigration as an alternative, some of them lack the resources to travel overseas. The latter group ameliorates the challenges of unemployment by turning to entrepreneurship. According to Business Of Society, Africa is full of small and medium businesses run by young entrepreneurs. From street corners to neighbourhood stalls, our youths endeavour to survive by rendering various services. It only takes stepping out into our  busy streets to observe their hustle and bustle to make ends meet.

Entrepreneurial attempts are mostly born out of the talent or skill a person possesses. For instance, a person who is skilled at cooking may dabble into the food business while a talented artist may venture into creating and selling artwork. Another form of entrepreneurship is the creation of services to meet pressing needs. This type of entrepreneur identifies a lacuna in the society and proceeds to do something about it. An example of this are the young men who fill the potholes in our roads hoping that commuters would compensate them for their efforts. Another good example of these inventive entrepreneurs are those who run POS businesses. Seeing as most of us loathe long queues and other inconveniences associated with bank withdrawals, these entrepreneurs provide an easier alternative for cash withdrawals via POS machines for a fee.

Although we may view these businesses as mundane or even unconventional, self-employment apparently provides an escape out of poverty. Also, by mitigating against idleness, these enterprises prevent many of our youths from adopting criminal behaviours. To illustrate this,  In 2016, the Chicago Police Review released an article titled “Entrepreneurship: The Modern Day Crime-Stopper”, detailing how self-employment among minority groups in the US has reduced the crime rate in their communities. Furthermore, entrepreneurs themselves become employers of labour; creating employment for other unemployed youth.

We cannot deny that self-employment indeed cushions the effects of unemployment in Africa. Notwithstanding, we must critically consider some of its drawbacks. To begin with, our youths will realise that starting businesses is not as easy as it sounds, especially in terms of startup capital, and may subsequently find themselves trapped in the “you need money to make money” conundrum. Also, most small-scale enterprises remain at the micro level, meaning our hopes of finding the next Aliko Dangote among the numerous small business startups across the continent are very thin. Consequently, most of them neither expand nor add any significant value to our societies. In addition to this, most of them lie outside the scope of state laws and regulations, thus creating avenues for exploitation. To illustrate this, the vendor who sells pastries by the roadside can inflate the price of his goods, seeing as no law directly affects his pricing system. Furthermore, most small enterprises operate in an already saturated market, our youths may find the cut-throat competition overwhelming. Using the earlier example of POS agents, walking down a busy road will reveal multiple POS kiosks with signs entreating customers to withdraw money and pay utility bills. Competition this stiff hardly leaves room for making profit and without adequate profit, businesses remain stunted.

To some degree, entrepreneurship makes up for youth unemployment. However, we should not accept it as a clear-cut solution to the problem. Rather, we should consider it as an element within a labour market in need of modifications aimed at sustainable economic growth and development.