So who is Benjamin Fernandes? Benjamin Fernandes is a Tanzanian entrepreneur and the founder of NALA--a money Transfer service that reduces the costs of sending money from abroad to East Africa beginning with the United Kingdom. NALA is backed by the forefront United States venture Capital firms that includes Accel Partners, DST Global and Y-Combinator. He is also a former  television presenter.  He worked in the Bill and Melinda Gates Foundation in the Digital and Financial services Teams, was the  first Tanzanian to attend Stanford Graduate School of Business as an Africa MBA Member and was the youngest African ever admitted to Stanford Graduate School of Business, in 2017. This opened the record of him becoming the first Tanzanian in history to attend John F. Kennedy School of Government and Stanford Graduate School of Business for the program of an executive education.

Benjamin, born on 25th November 1992 to cleric parents  Pastor Vernon and Anny Fernandes in Dar es Salaam, Tanzania. He attended Haven of Peace Academy as a student on scholarship but he was the lowest academically performing student who could not improve up till the time he left. Fernandes gained a conditional scholarship offer from the University of Northwestern--St. Paul, in Roseville, Minnesota, U.S where he became the president of many clubs and groups on campus. He graduated as one of the best students at the University of Northwestern. After that, he returned to Tanzania and volunteered as a community organizer in Dar es Salaam prior to his movement to the United States for his MBA.

Fernandes was a television presenter at the age of 17 when he worked at Agape Television Network and his father Rev. Dr. Fernandes was one of the directors. He hosted sport shows, and later, interviewed entrepreneurs and politicians. 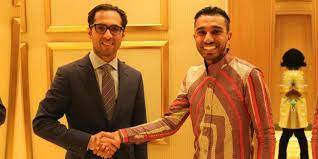 In 2014, he started his education in Stanford Graduate School of Business, which earned him a $160,000 Stanford Africa MBA Fellowship to participate in an award equally received by 8 students from 8000 African applicants to Stanford. In 2012, he gained national attention at the London 2012 Olympics as a national television presenter in Tanzania. Benjamin Fernandes graduated from the University of Northwestern--St. Paul in 2014 with high honours in the United States. He was useful to his father’s church in Tanzania by working with his sister to co-found an orphanage known as Diamond Village. The orphanage was built in Bunju, Dar es Salaam where they teach children English and Mathematics.

Benjamin Fernandes moved to Palo Alto, California in 2015 to start his career at Stanford Graduate School of Business. He is a part of the Africa Business club who has been working on a financial technology project that will be launched in Tanzania. He was selected by TRUE Africa as one of the top 16 Africans changing lives in 2016. It was not that far, Fast Jet airlines featured his work in Tanzania in their airline magazine online. He was mentioned as a “Voice of Hope for Tanzania.” He was selected to attend the MBA World Summit in Miami, Florida in March 2016 and was awarded as the best speaker for the event at the conference. He was featured in several live television shows on Clouds TV Tanzania, CNBC Africa, and TV1 Tanzania in mid-September 2016. In the same year, Benjamin Fernandes worked at the Bill and Melinda Foundation in Seattle, Washington prior to his return to his final year in the Business School Stanford Graduate School of Business. He continued to work at the Bill and Melinda Gates Foundation on basis consultancy today. He won several awards at Stanford Graduate School of Business in 2017. He won the Frances and Arjay Miller Award in Social Innovation for his project of developing the financial services sector in Tanzania. Additionally, he won the Miller Social Change Leadership award selected by fellow students and professors at the Stanford Graduate School of Business.

His Return to Tanzania 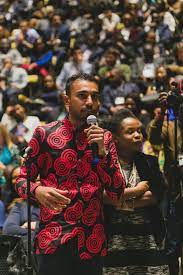 Following this Benjamin Fernandes held 26 seminars on entrepreneurship within 200 days in 4 different regions across Tanzania. More than 22, 000 people attended the seminars and several officials also showed up in support of his youth initiatives around the country. Fernandes has  followed this by increasing his focus on women empowerment and has involved other Tanzanian celebrities to join him.

Fernandes is the CEO and founder of NALA, Tanzanian digital financial services platform known for allowing people to access their financial accounts in an application as it allows them to make mobile payments offline. NALA has expanded and now operates in Tanzania and Uganda. The goal is to grow into other African countries.

Fernandes’s NALA project has the potential to make financial transactions easier for Africans especially the Tanzanians since it is an internet free platform. This platform will make financial transactions smooth and fast because everyone can access their financial accounts without having to connect to the internet. This will contribute to his mission of increasing economic opportunity  for Africans by providing a platform where Africans will have global access to international money transfer starting from the United Kingdom to Kenya and Uganda.